Ah, Texas! You know, it takes a long time to drive from Oklahoma to San Antonio. Dad had some recording to do in San Antonio for The Storyteller, so we all headed down to the big state for a few days. We were all glad that it had worked out for us to go…Daddy and I have been here before, but for the rest of the family this was new…but to all of us it was exciting. 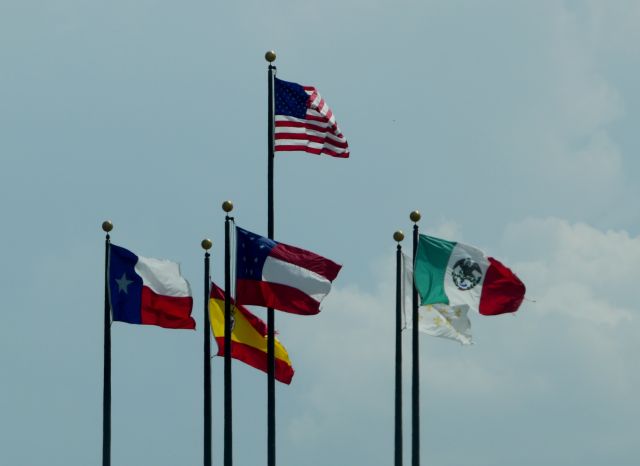 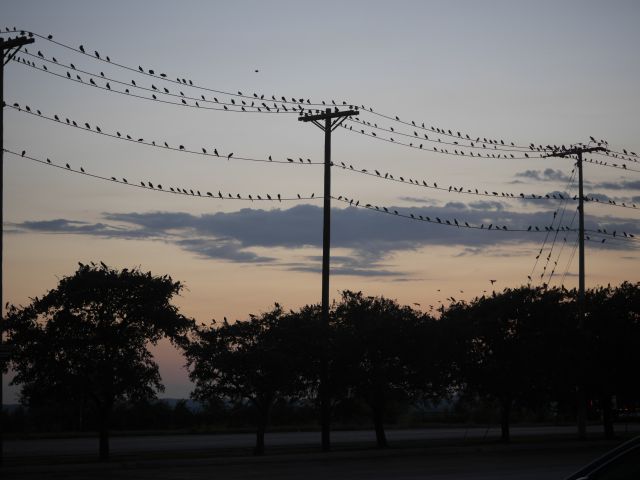 The night we got there some of us decided to go swimming. It was strange…the sky was dark, the air was warm, and the water was warmer. Not something Minnesotans are generally used to. 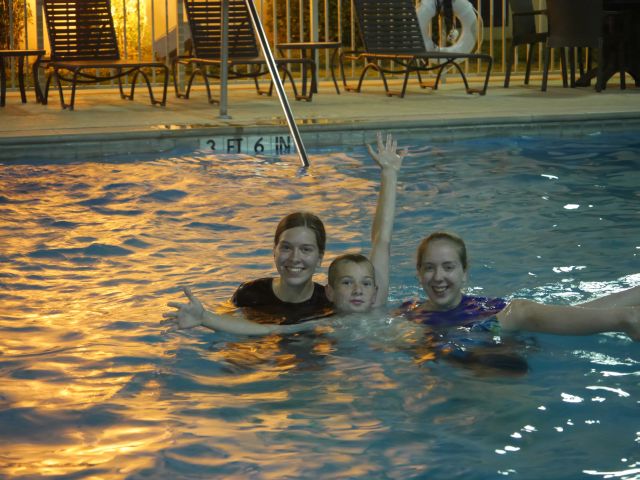 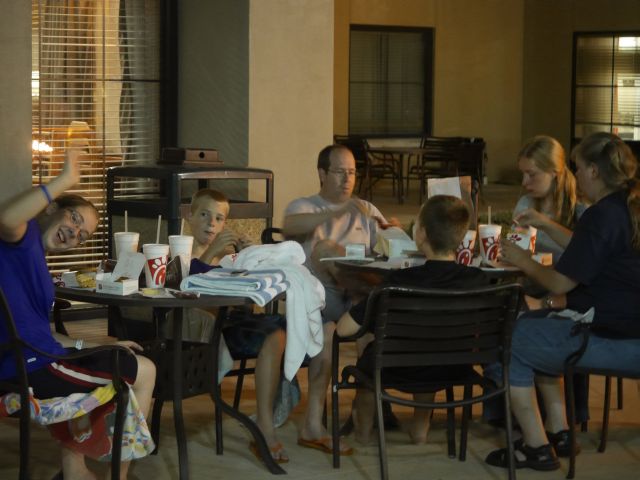 Chick-fil-a for a poolside supper!

We made good use of the swimming pool each day! There we were, swimming and sitting by the pool in 90+ degree weather in the morning, knowing that back home it was in the low 50’s! Yes, we were definitely enjoying it. 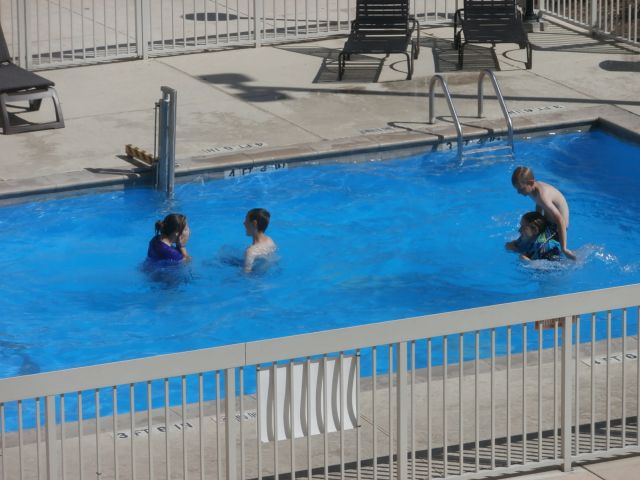 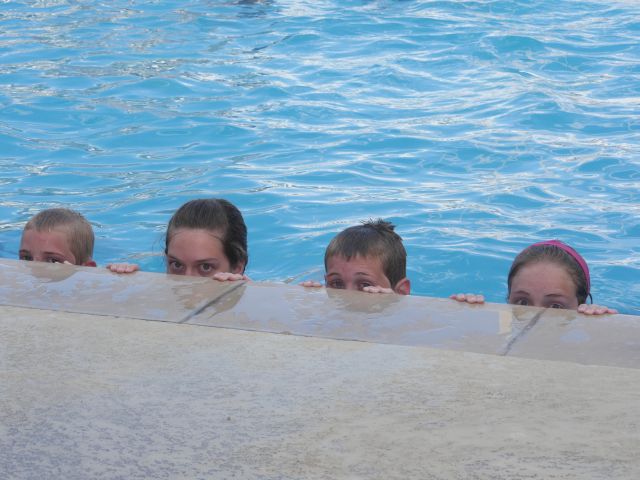 Our second full day in San Antonio was our touring day. We were going to the Alamo and the Riverwalk…and looking forward to being able to do that as a whole family. It’s hard to get a whole-family picture though, when someone from your family has to take the picture. 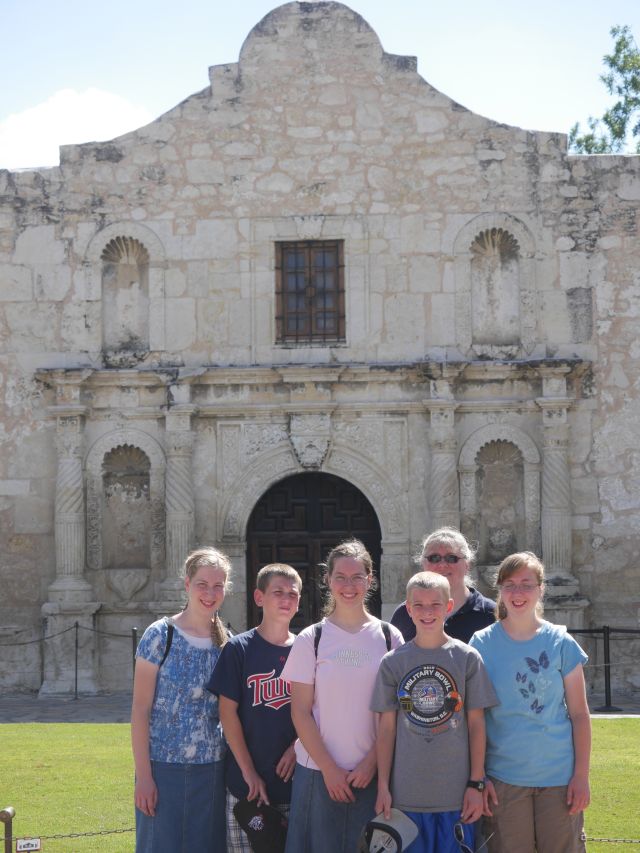 After we toured the Alamo, we walked to the convention center where Daddy and I went to the Christian Film Academy last year. It brought back so many memories to be in the room and show our family where that exciting event happened! 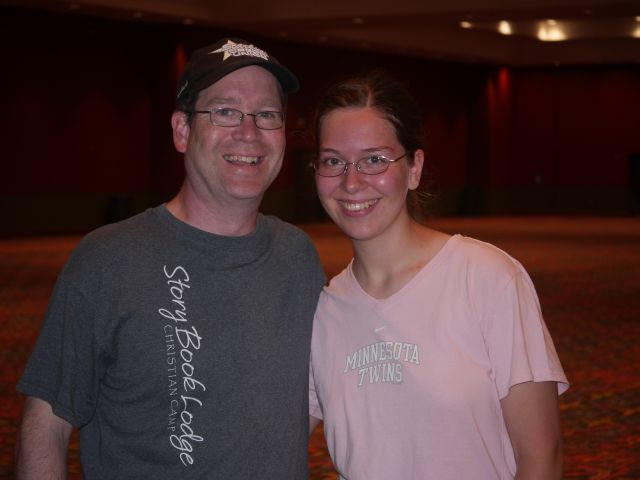 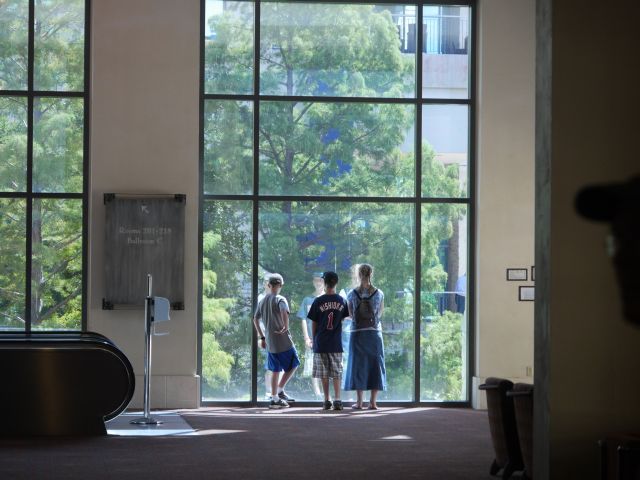 From the convention center it was off to the Riverwalk! The scenery was so beautiful, and we have so many pictures that I would love to share, but here’s a few of our lovely afternoon. 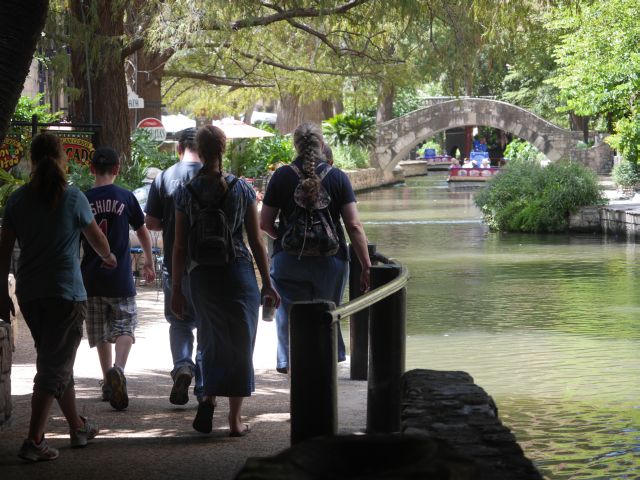 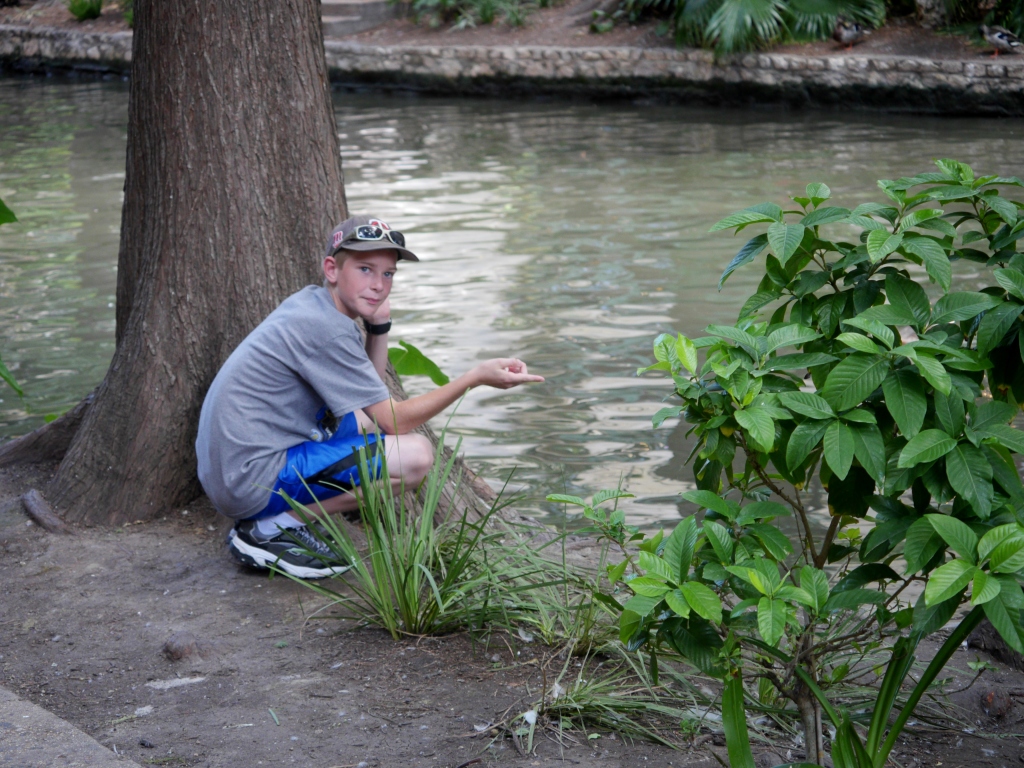 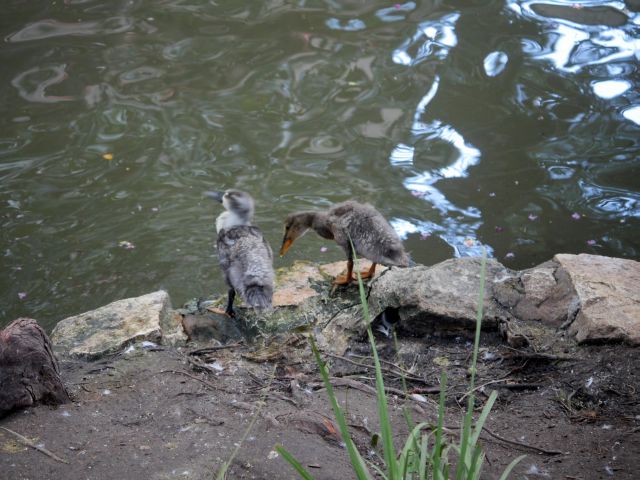 We stopped at some shops along the Riverwalk, and one in particular had something a little intriguing. 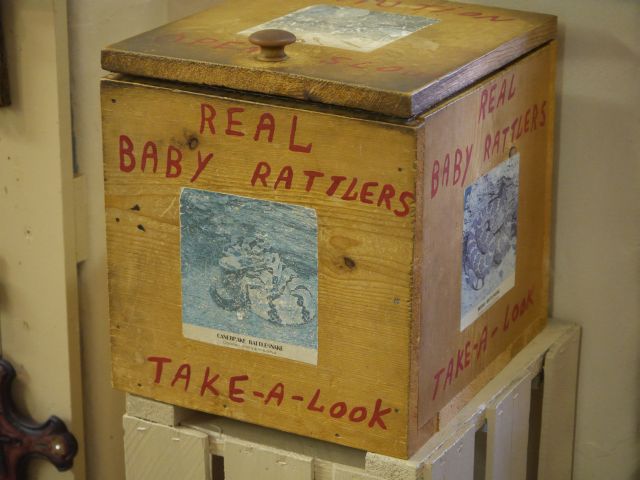 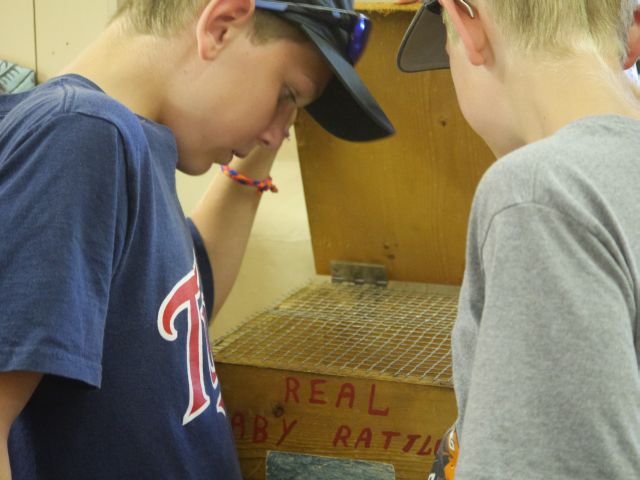 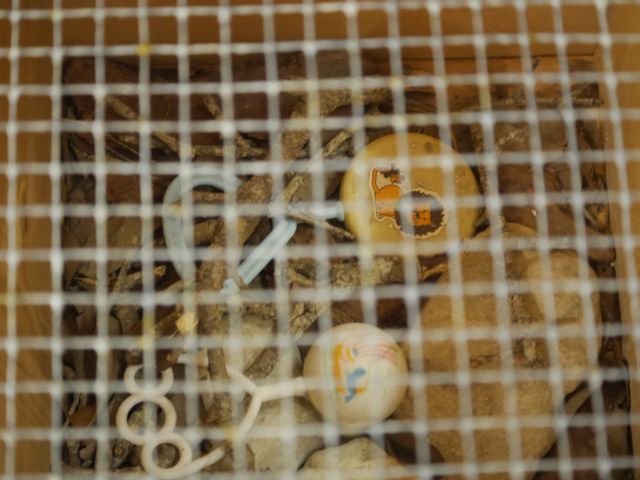 can you see them? 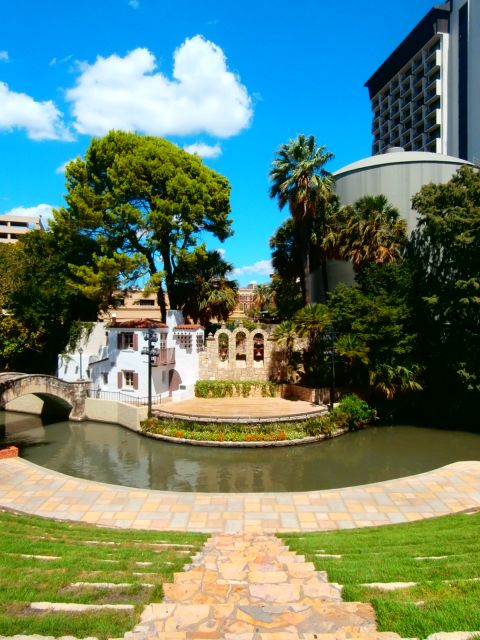 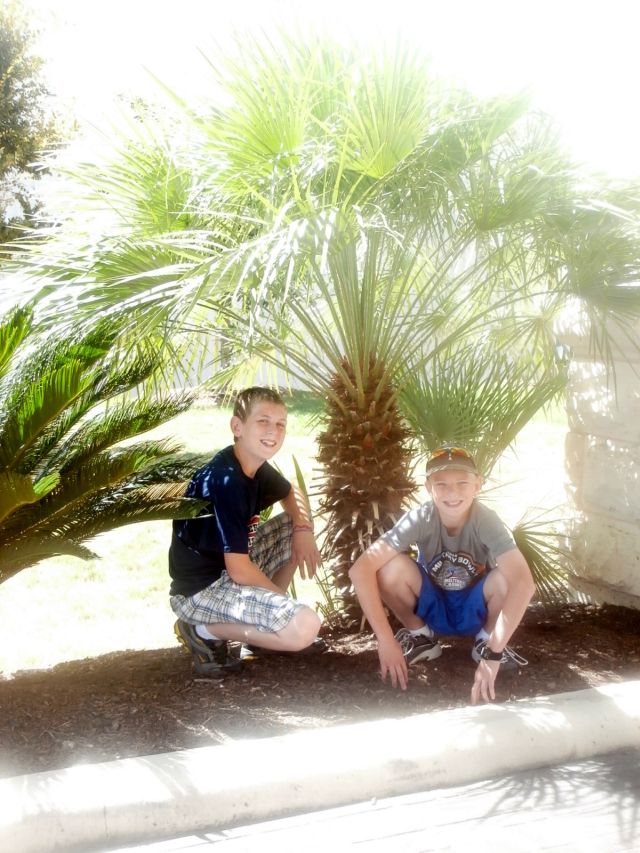 It was such a nice, laid-back afternoon together. 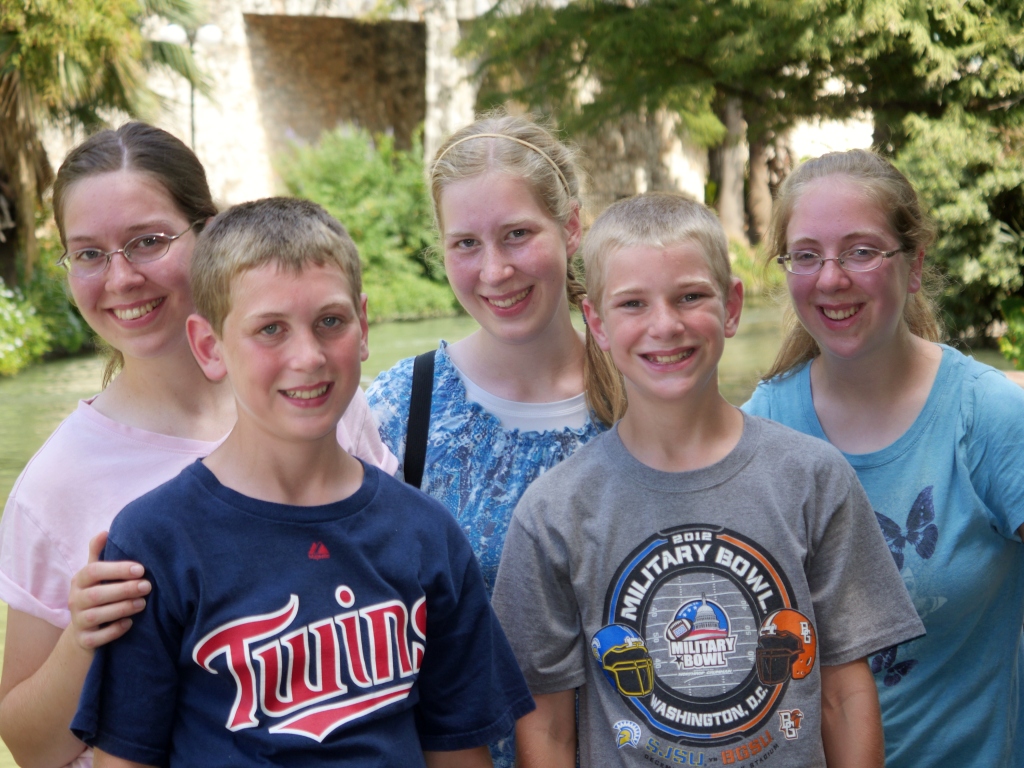 Dad had done some recording for The Storyteller with a man named Soapy Dollar on the first day, and the last night we were there he went back to the radio station and did dome more. 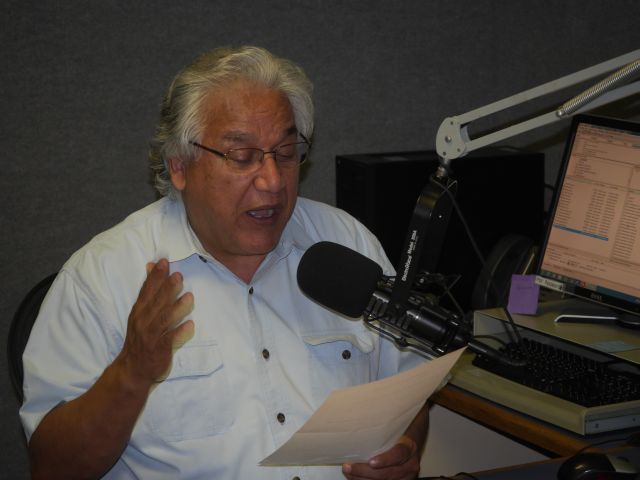 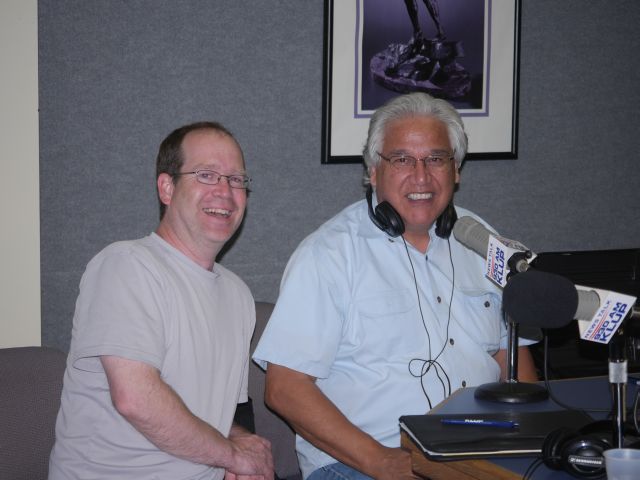 The next morning we packed up to leave, and a few of us took our loaded luggage carts downstairs to pack the van. A few minutes later they returned with the full carts and an announcement that our van had been stolen.

We had to be in Oklahoma the next night to sing. We had to check out of the hotel in a few hours. We only knew one person in the whole city of San Antonio. What can you do in a situation like this?

We prayed. And we asked others to pray.

The police officer who took the report said that we would probably never see our van again, that it was probably in Mexico by now. When a police officer tells you that…well, from a human standpoint there was no hope.

We started thinking of all our belongings that were in the van. Dad’s recording equipment. Our cable bag. A speaker and microphone. Our box of CD’s. Our dress clothes and baseball gloves, some shoes and sweaters, all our other “stuff” …things kept coming to mind. But Dad had transferred the recording he did onto his computer, which he still had.

Well Dad called around and was trying to make arrangements for a vehicle (or two) to get us to Oklahoma in time for the next day. Meanwhile, Soapy Dollar so kindly and graciously came and picked us up from the hotel. We squished all of us and our luggage into his car. 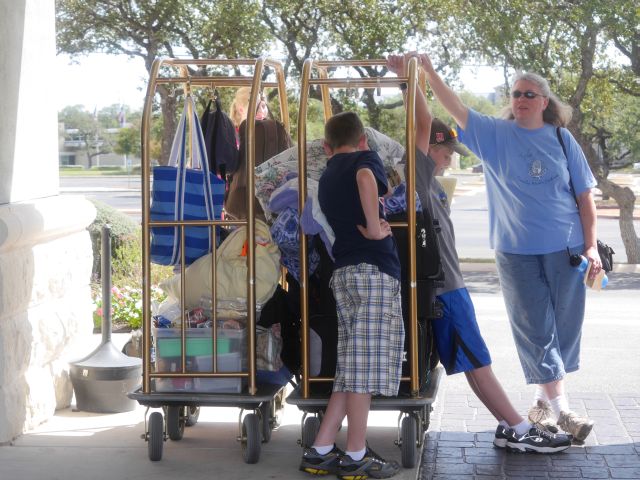 waiting outside the hotel 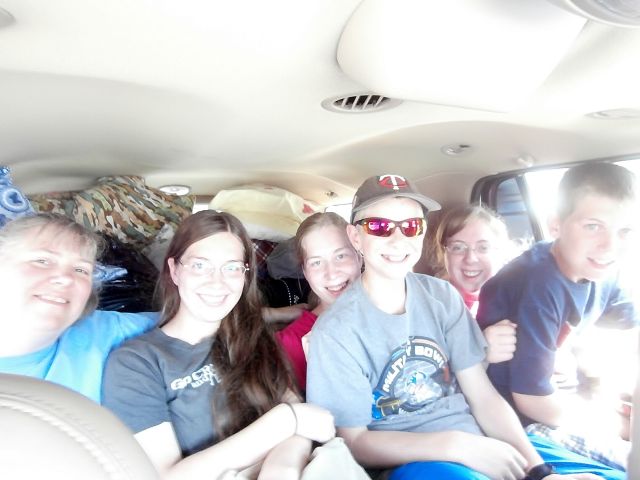 not the first time we’ve crammed!

Mr. Dollar brought us to a rental house he owns to drop our belongings off there, and then he took us out for lunch. Meanwhile people all over were praying about our situation. We were almost done eating when Dad got a phone call from the police, saying they had found our van in an alley! Wait, it was supposed to be in Mexico, wasn’t it? Evidently not in God’s story!

Dad and Mr. Dollar went to get the van, and sure enough, there it was, still running. Some damage had been done to it but Dad was able to drive it to a gas station and then a shop to get it repaired. The officer who had been with the van was a believer, and he said it was like something had scared the thieves away from the van. Well, there were many people praying…I wonder if that had anything to do with it. (smile) Mr. Dollar and the officer

We ended up renting two mini vans to take us back to Oklahoma. It was around six o’clock when we left San Antonio. We had a long drive ahead of us. 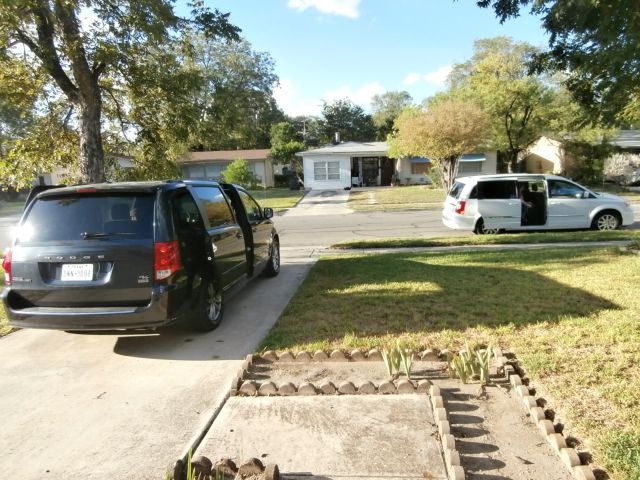 What a day it had been! In one looong day:

Our van had been stolen

We experienced a new restaurant

Our van had been found

We became familiar with the local Target while Dad and Mr. Dollar were gone for several hours getting the van situation taken care of

We got free samples from the coffee shop in Target

Just because He can, God allowed all our stuff in the van to stay untouched 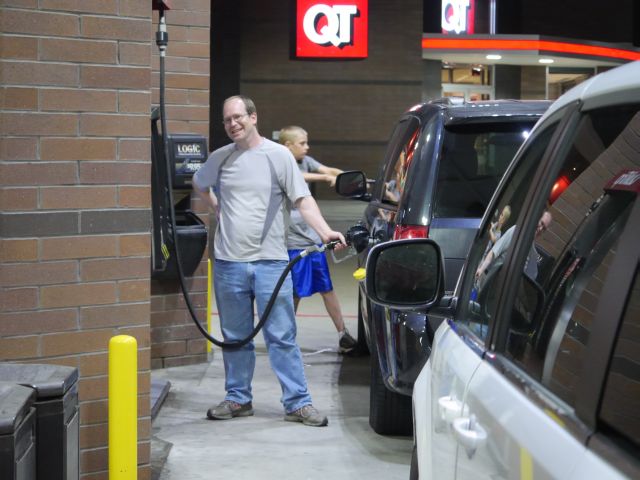 And He kept us safe on our long night drive through Texas and Oklahoma. It was a long night. Eight hours after we left San Antonio, we arrived at our friends’ house in OK. Does God hear us when we pray? Is He big enough to do something about it?

If you don’t think so, read this story again.