At the end of August we headed south for a few weeks. (Sounds like a strange time of year for that, doesn’t it?) We had been asked to speak and sing at the Labor Day family camp at Southwest Bible Camp in New Mexico. We’d never been to it before but we knew a lot of people who go, so beforehand we heard about exciting things there like scorpions and vinegaroons…which would only be found in a museum if anywhere in Minnesota. But that’s getting ahead.

We went through South Dakota and visited our grandparents, then we stopped at Wall Drug and Mount Rushmore. That was the first time our whole family has been to either of those landmark places. (More siblings were added since we were there in the ’90’s, and otherwise just a couple of us have been there since.) Both were such fun places to experience together! 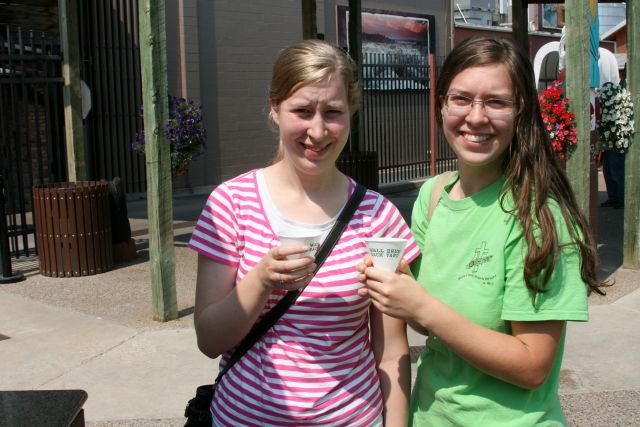 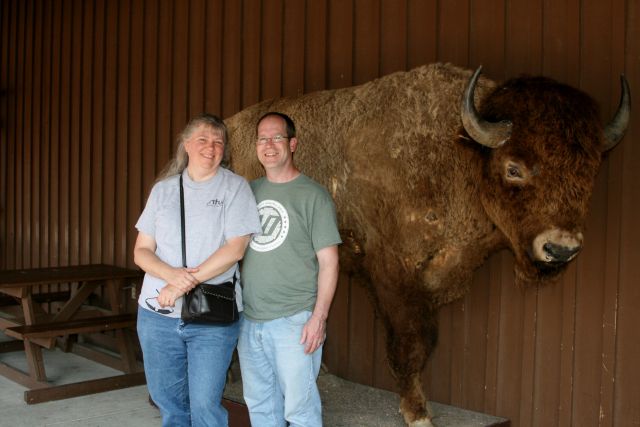 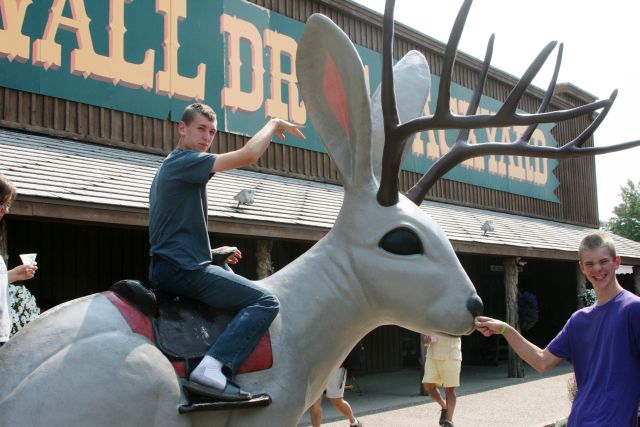 brothers having too much fun 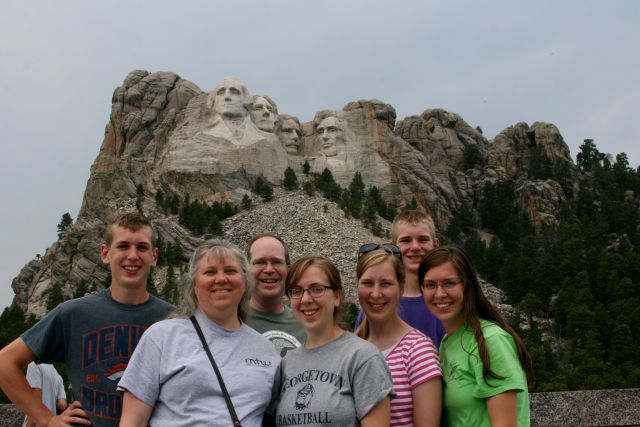 thankful for friendly tourists at Mount Rushmore to take our family picture!

After three days of travel, and staying with friends along the way, we arrived at the camp! 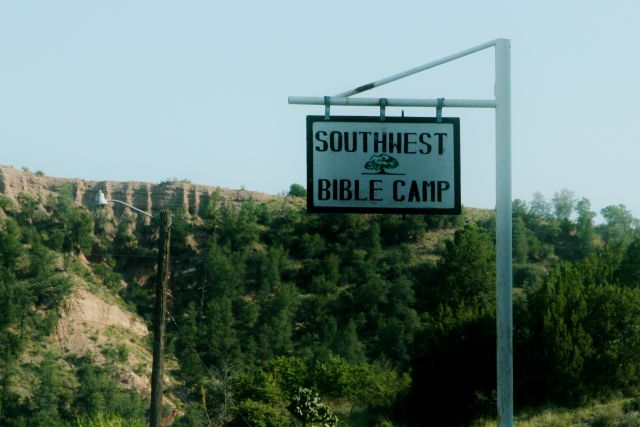 It was a nice size for a family camp…not too big that you couldn’t meet everyone and not too small. We enjoyed lots of fellowship! 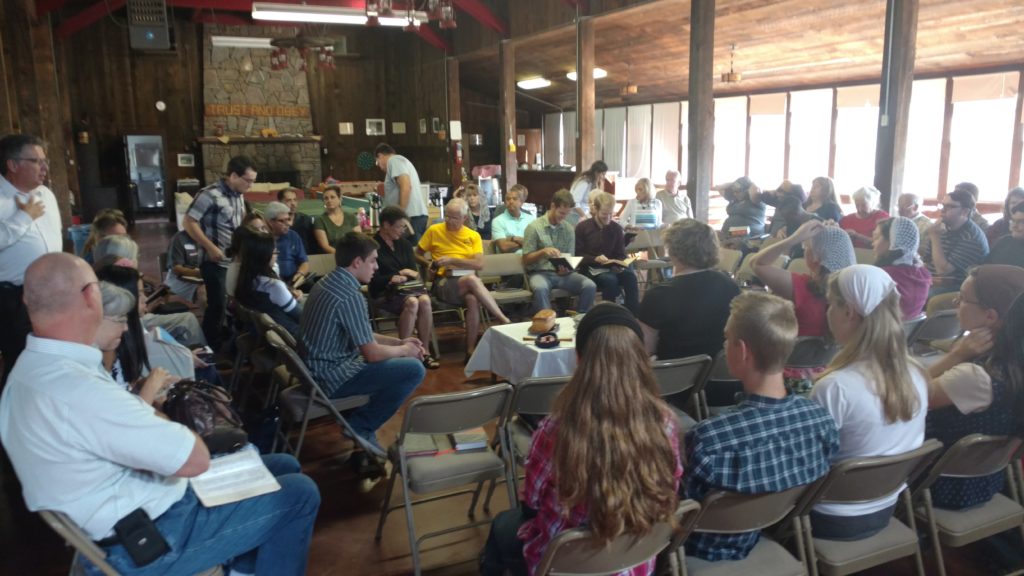 Two of the evenings we did outreach concerts and invited the community. It was neat to see people come out for that and get to share the gospel with them. Again, the airplane story has been an amazing tool in helping people see God’s hand at work and getting them to think about eternity. 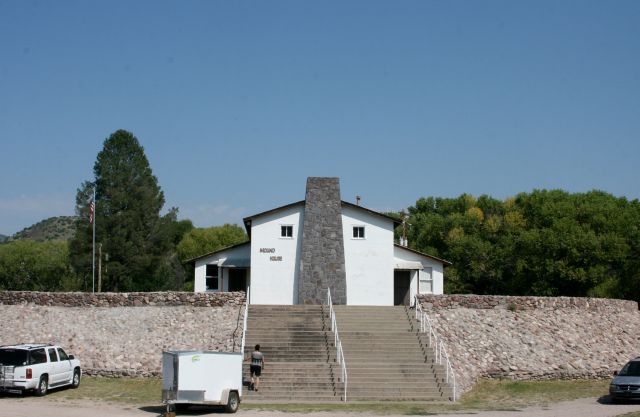 the “mound house” where the sessions, meals, and concerts took place

Saturday afternoon a group from the camp went to an old mining town that’s now a ghost town, somewhere in the mountains where we wonder how anyone ever discovered anything valuable back there. The road in went along the edge of a mountain—single-lane, nice sharp turns, a drop-off on one side, and usually no way to know if another vehicle was coming at us around a curve. Sound exciting? Maybe a little too exciting…? 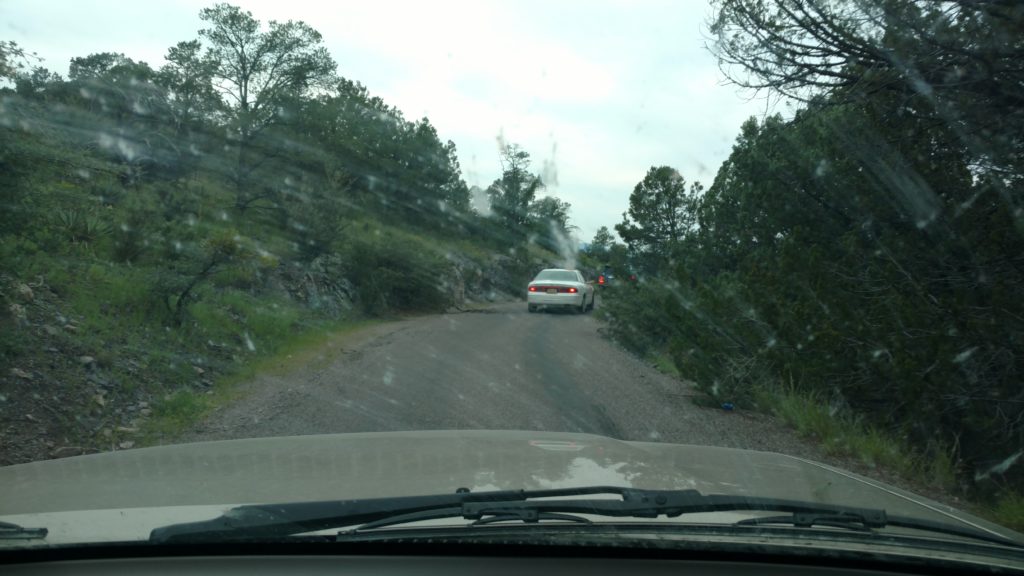 drop-off to the right, behind the well-placed trees in this rare instance

But we did arrive safely in one piece, and enjoyed our time in the town and its surroundings. 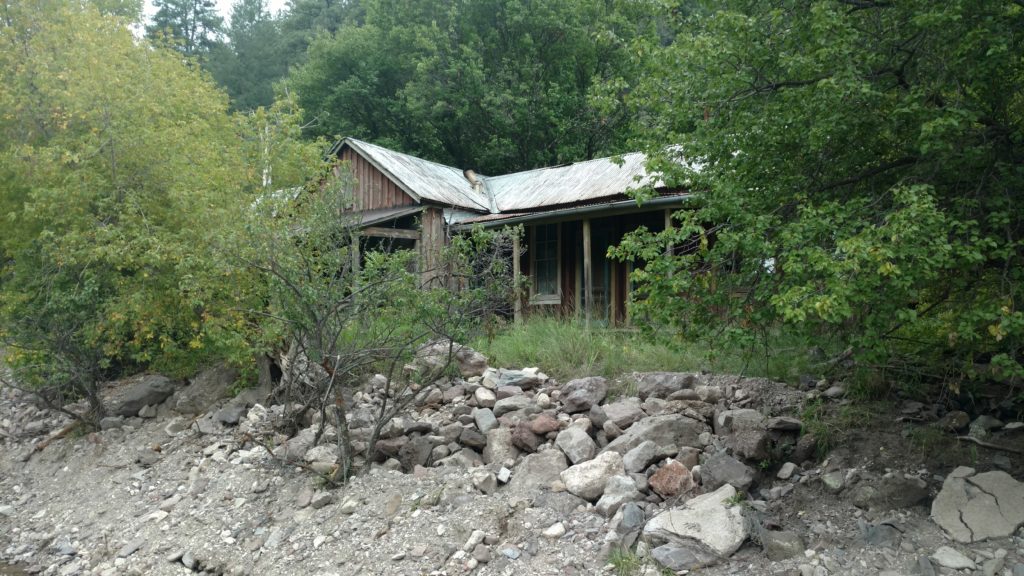 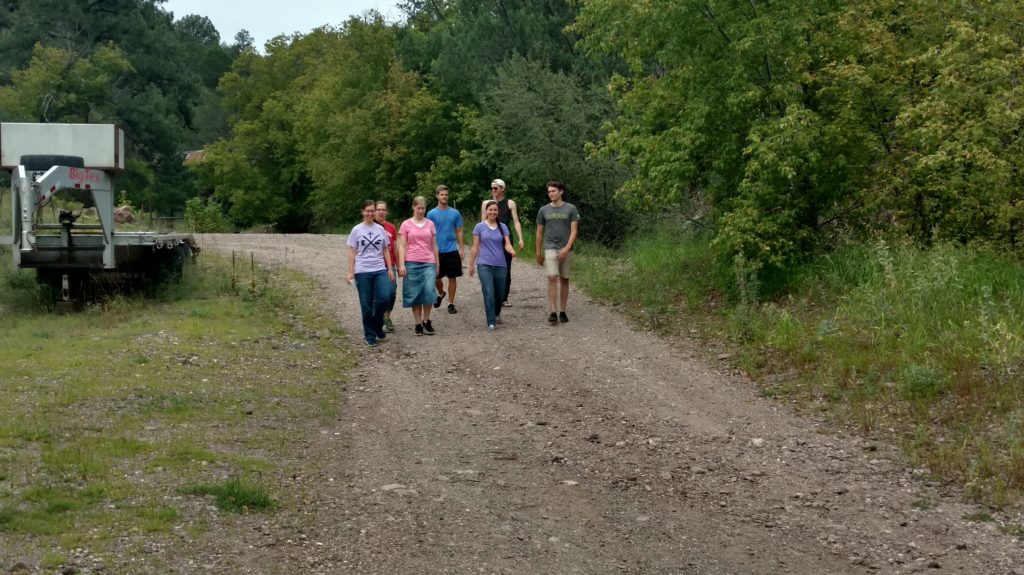 a few of the explorers 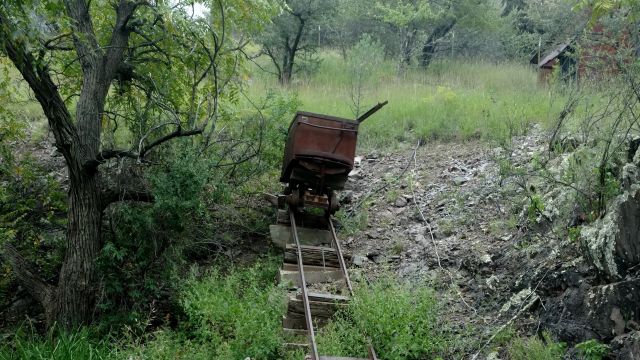 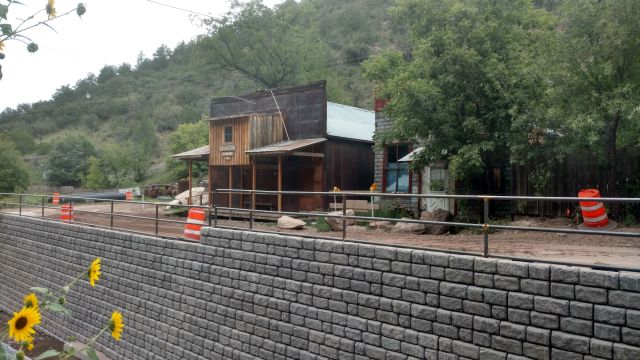 Sunday afternoon we went on a hike on what was called “The Catwalk.” Mom and Dad and the other parents enjoyed the man-made catwalk above the river, while the young people ventured beyond that. Basically the adventure consisted of making our way through a river canyon, over rocks, under rocks, through water shallow and water deep (relatively speaking), to a cave with a waterfall thundering into it. The whole experience was incredible. We were in awe of God’s power and majesty as we explored His creation. 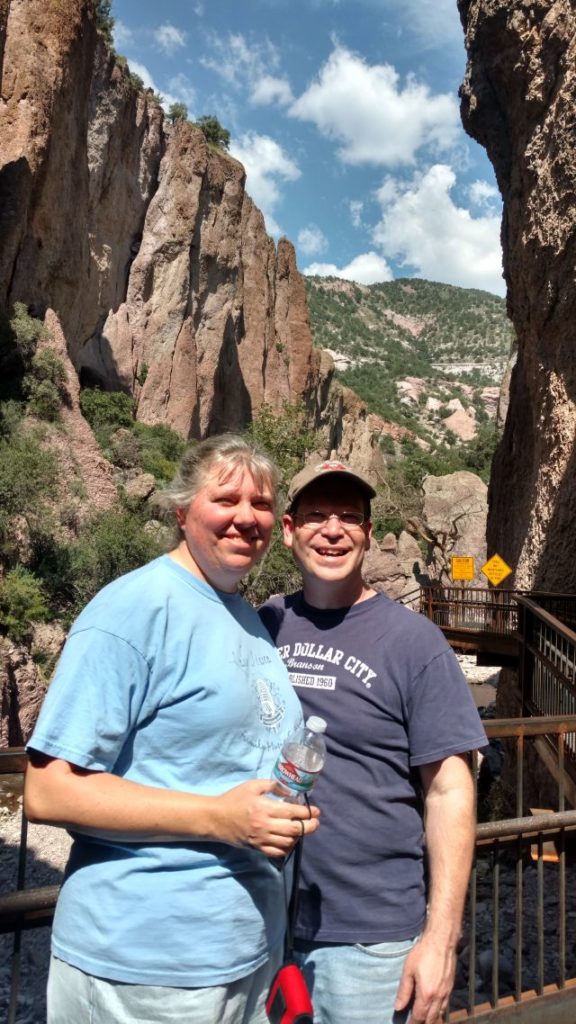 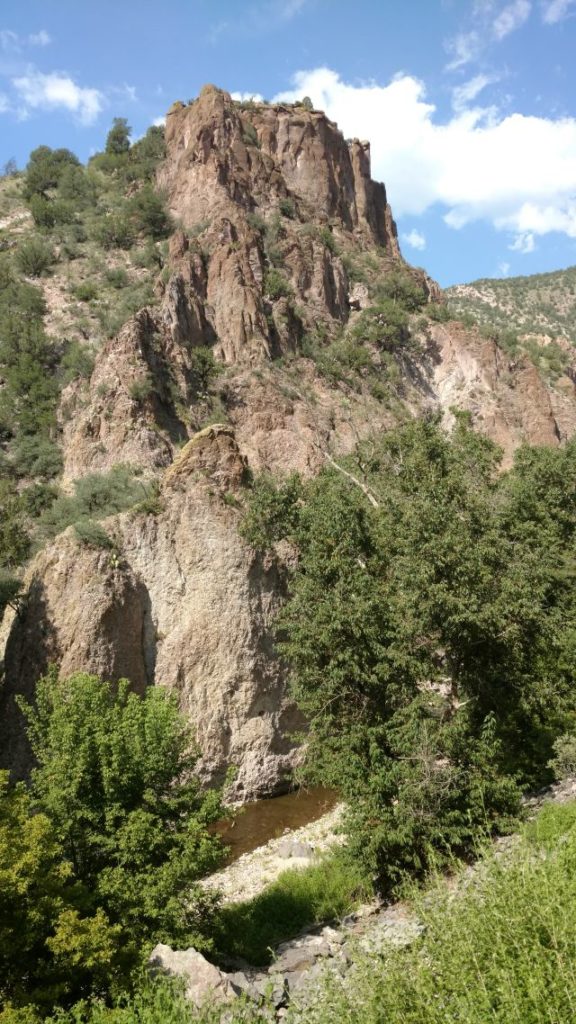 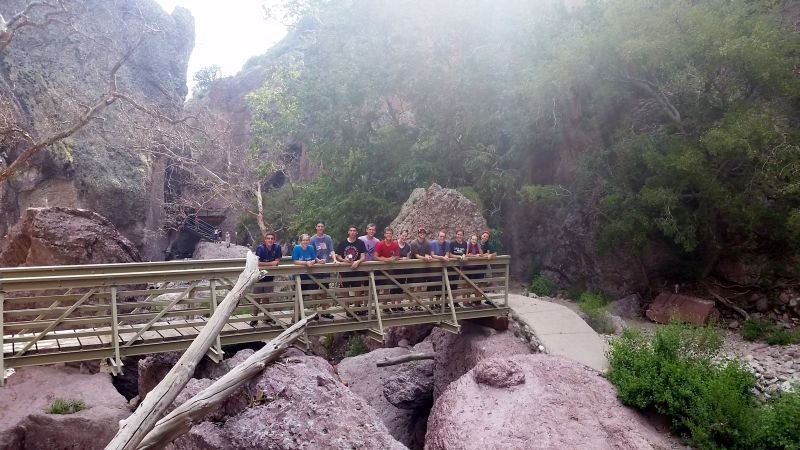 on our way back

That experience was such a highlight for us!

Our friends the Delanys were excited to take us scorpion hunting at the camp…like I said, scorpions are a foreign concept in Minnesota. So a couple nights we went out with a black light flashlight to find them. We never would have thought that these things actually glow! 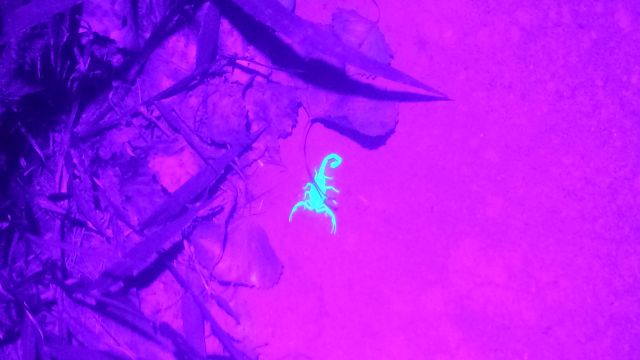 And thanks to another friend, who cut the stinger off a scorpion, some of us had the experience of holding one as well. 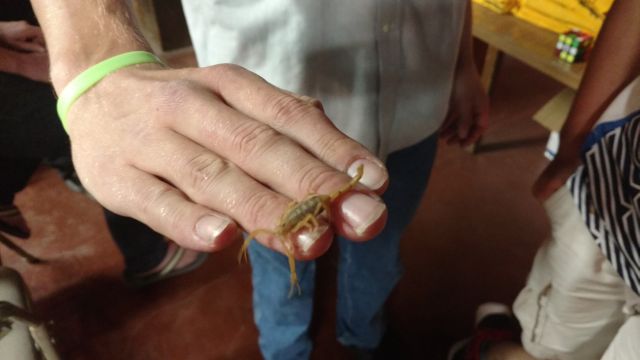 they’re smaller than we had imagined!

We were also introduced to the vinegaroon, the scorpion’s mortal enemy, although harmless to humans. 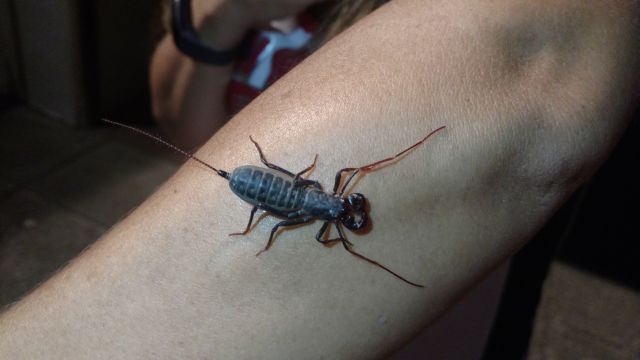 We made new friends and got to know “old” friends better…what a blessing everyone there was to us! We left feeling refreshed and so encouraged. 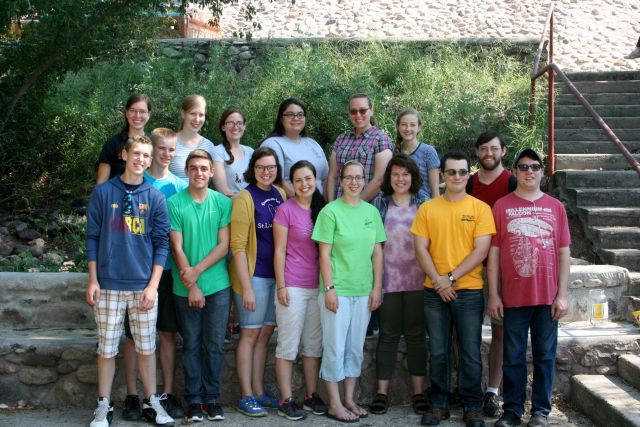 some of the young people…friends new and old!

(Thanks to the people who sent us a couple pictures used in this post.)

After SWBC we headed out to Arizona. Pictures and update on that coming soon!